An Interview with Author Patrick Finegan 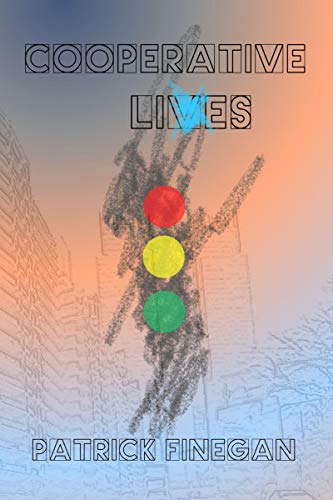 Last month, I had the chance to read Cooperative Lives by Patrick Finegan.  It is literary, well-written, and character-driven.  Here, the author answers some questions about the book and his work.  Enjoy, and check out Cooperative Lives.

1. Please tell us about your book.

I spent thirty years working in Manhattan, living in the same luxury co-op for most of them. There were 310 units. My next-door neighbors were the then-CEO of Reader’s Digest and then-president of Planned Parenthood, but aside from two additional apartments down the hall, I scarcely knew anyone. I just knew that had to wash their clothes in the basement laundromat, the same way I did. Except most of them sent their maids.

Cooperative Lives is a fictionalized account of these imagined neighbors – what happens when a minor traffic accident entangles the entire building in a web of confused identities, accusations and media attention. Sheldon is a widower and money manager in 14N. He’s hit by a swerving bus while protecting the wheelchair-bound wife of an unemployed securities lawyer in 8B. In a comatose stupor, he imagines the attorney has resolved an urgent financial matter on behalf of his client in 14P. His doctors somehow believe the insistent raving. Meanwhile, the client’s funds disappear, and the FBI turns its attention to Sheldon’s avowed advisor, the unemployed lawyer in 8B. One floor below, close friends of the lawyer and his wife are witting and unwitting CIA operatives in disrupting an elusive Iranian spy ring. The locus of operation is a leading New York hospital, where their daughter is being treated for leukemia. Unbeknownst to his mother, a prolific romance writer in 13N, the CIA puppet master is her son. Stir in an overzealous Fox News reporter, a long-forgotten flame, two poorly experienced lawyers, plus an everyday dose of medical mishap, and the whole co-op is suddenly thrust into the spotlight.

Cooperative Lives is about the fragility and resilience of bonds – between family members, co-workers, lovers and neighbors – when tested by illness, differences of class, race, religion and age, seemingly trivial misjudgments, and unwelcome outside attention. It’s meant to be a roller coaster, but with a lot of reflection thrown in – about midlife anxiety, marital discord, racial division, economic stress, and modern medicine. It was a joy to write.

2. What are you reading now?

I’ve been struggling for several months with Jonas Lüscher’s novel, Kraft (C.H. Beck oHG, Munich, DE 2017). The protagonist, Richard Kraft (German for “strength”), is a professor of rhetoric and philosophy in Tübingen. His life is monotonous, his finances are a mess, and his marriage is on life support.  He’s Exhibit 1 in defining mid-life crisis.

A letter arrives serendipitously from an acquaintance at Stanford. A young Silicon Valley billionaire has announced a $1 million prize for the best 18-minute lecture answering the question, “Why whatever is, is right, and why we can still improve it?” Kraft seizes the chance to set his life straight, or at least its finances, notwithstanding the long odds. The novel chronicles Kraft’s primarily mental journey to California, the myriad twists, machinations and compromises he must make to articulate and defend an innately preposterous, naïve New Age bromide in front of an audience too young, too smug, and too privileged to understand life’s real tribulations.

I found myself continuously re-reading the first hundred pages. Philosophy is hard, harder still when it’s in German. What I’ve read is very well-written and entertaining, but the philosophical polemics are dense, considerably denser than popular German fiction, and they comprise most of the book. I look forward to tackling the next hundred pages, but it will take some time for me to get there.

Among books in English, I just finished reading Delia Owens’ Where the Crawdads Sing and, before that, Richard Powers’ The Overstory. I thought both were terrific. They are genuinely inspiring reads for a newbie author. Lying unopened by my bedside is Jesmyn Ward’s Sing Unburied Sing. I was awed by the first-person intensity of Salvage the Bones, her first National Book Award-winner, and suspect I’ll be awed by her second. An exceptional author!

3. What are your current writing goals?

I’d like to produce a second novel. I’m still pondering the building blocks – characters, plot, etc. Only the setting is sure: metropolitan New York. I plan to begin writing this fall.

4. What advice would you offer other writers?

Begin with what you know. Remote, historical and/or fantasy settings are marvelous, but they double or triple your workload. Some of the most gripping passages in my book were, according to the reviews, medical. A woman is involved in a horrendous ski accident; her doctors must perform complicated life-saving surgery. A child succumbs to cancer; a harrowing series of treatments and mishaps ensue. An elderly man with a bladder injury wallows in his own urine while recalling how a similar injury and medical incompetence doomed his wife. I didn’t make this up. I lived it or watched as loved ones experienced it and then died. The same was true of the locations, workplaces, child-rearing and marital issues, and co-op – the residential complex in which the story unfolds. It is hard enough to write a compelling story. It is so much harder if you haven’t lived or witnessed some of it firsthand.

Moving forward, I plan to dissect new material. That will entail research, perhaps months of it. But I am grateful I wrote my first work using thoroughly familiar topics because readers’ first impressions of my writing were uncompromised by otherwise-probable flaws in research.

5. Where can we learn more about your work?

I discovered yesterday I had a Twitter handle, https://twitter.com/pat_finegan. It has just one follower but eleven brand-new tweets (links to reviews). Most of my media socializing is on Facebook, https://www.facebook.com/patrick.t.finegan, where the posts are, alas, typically non-literary. To correct this, I built a website for my writing, http://www.twoskates.com. I’m a bit of a geek so pardon the built-by-hand appearance; I find programming, reading, skating, playing piano and studying languages decompressing, especially programming. Its uncompromising logic is a balm. The twoskates.com website is a work in progress but includes links to my interviews plus all published professional and reader reviews. It also describes how to contact me or order copies of my book. I doubt I will be motivated to include a blog but am diligent about responding to questions and requests to “shoot the breeze.” Retirement does that for you.

An Interview with Author Robert Appleton

1. Please tell us about your latest project.   Angel Six Echo  is a military science fiction novel with a big heart. It’s about a former black-ops prodigy, Gabby Rojas, who enters the deadliest standoff of the war as a rogue sniper with one goal: to keep her husband alive at all costs. Dalton is a schoolteacher, not a soldier, but he’s volunteered anyway, against her advice. Armed with a fabled combat suit left to her by a dying warrior race, she watches over him in secret among the hostile hills of planet Orontes.   To reach her full potential, she must bond with the suit over six gruelling stages. She doesn’t know what form they will take, only that the final bonding is permanent and irreversible. Can she see Dalton safely off Orontes before the final transformation? No human has seen anything like the things she can do, and word of her exploits soon spreads across the colonies, attracting the attention of powerful enemies.   As the stakes rise, Gabby’s loyalties are tested to thei

Check out the new site at https://jddehartwriting.wixsite.com/drjreads 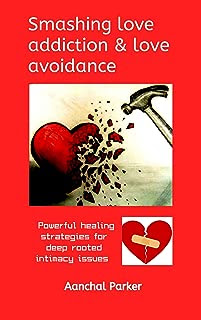 An Interview with Author Aanchal Parker

Author Name: Aanchal Parker Latest Book: Smashing Love Addiction and Love Avoidance Book Release date: 1 st Nov ’19 (available for pre-order on Amazon) Book formats: eBook and Paperback 1.What are you reading now? Psychology and Spirituality are my current favourite genres. I have just finished reading John Bradshaw’s “Healing the shame that binds you” which is a mind -blowing self -help book on understanding the lethal effects of toxic shame on interpersonal relationships. I am halfway through reading Adi da Samraj’s discourse on spirituality titled “The Knee of Listening” which I think provides a useful framework towards understanding the dichotomy between perception and reality. 2. Please tell us about your work.     We often see people with a series of failed relationships behind them Also, they repeat the same patterns in all those relationships in terms of choice of mate, inter-partner dynamic and reasons for breakup. The demise of each relati